How to Learn Math

1. Throw away your calculator! 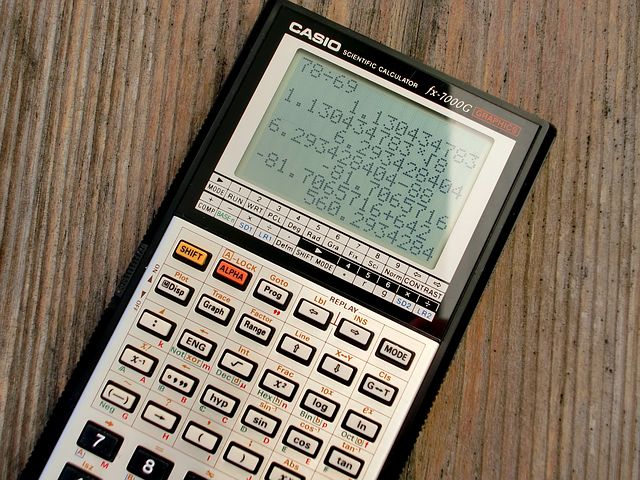 In my opinion, calculators, when learning mathematics, are much more detrimental than they are helpful. I've witnessed it time and time again. A student having trouble with math that is also addicted to their calculator. They're dependent on that little mystical box in their hand, and without it, they panic; their brain frozen, unable to think for themselves. Many times, the numbers displayed on the calculator are treated as gospel without question. Some school systems, including Harford County, Maryland where my children attend school, are introducing calculators in first grade! How a child is supposed to learn the basics of math while simultaneously being given a crutch that basically does the very thing he or she is supposed to be learning is beyond me.

Read my article on Calculator SyndromeTM for more on this.

2. Understanding should be your first goal.

To really learn something means that you have a good understanding of the subject. It means that you understand the concepts involved, and you can explain the concepts to someone else, if necessary. (This is actually an excellent test to see if you really do understand a concept. Try it; you'll be surprised how much you find you don't truly understand until you try to explain it to someone else, and answer their questions!) Being able to mindlessly work a list of problems using an algorithm that was covered in class that day doesn't necessarily translate into understanding. Understanding doesn't come without applying tips #3 and #4 below.

If you do this one while you're working homework problems, you'll have a much better chance of achieving Tip 2. When I say, "Think," I mean as you're working a problem, you should be thinking about why you're doing what you're doing, why what you are doing works, how it's related to concepts you've already learned, how it's different from concepts you've learned, why some other approach wouldn't work. You're trying to get the total picutre here. I've said it before; math builds on itself. Different math 'subjects' are related in ways that may not seem obvious on the surface. Sometimes it takes some thought to reveal the relationships. As an example, many times when students are first introduced to variables in algebra, they are blown away by the concept. Integers and whole numbers are okay. Fractions are alright once you get used to them. Percentages; they're a lot like fractions, no problem. But now all of the sudden somebody throws in an x, a y, a couple of bs and an a. To top it off they add an equals sign and command that you solve for y. The reaction is, "How can I do that? Where did these letters come from?" But if they realize that (2x + 3x) is exactly the same thing they were doing in the first grade when they learned to add, they have begun the understanding process. In the first grade, the teacher said, "If I have two apples and John gives me three more apples, how many apples will I have altogether?" Mmm. (2apples + 3apples) looks a lot like (2x + 3x). Furthermore, when they see that 2x is no different than '2 times 3,' and that 'x' is just a number like 2 is just a number, they have the basic connections. The only difference is that you don't happen to know what number 'x' is! These two connections to the 'big picture' put them on the road to understanding algebra.

Sounds simple, but I'm surprised again and again how far students can go in algebra and not truly grasp these connections.

Math is hard (... only if you don't understand it. See tip #2 above); face it. And I believe the only way to learn it well is to work hard. As a senior in high school, I took Advanced Placement Calculus. The first day of the class, our teacher, Lance Nickel, spent about 30 minutes of the class telling us how hard the class was going to be. How we should expect to spend several hours a night working problems and learning calculus. How we would have to go over certain concepts a countless number of times just to understand them, and even then maybe we wouldn't truly understand them because we wouldn't be mathematically mature enough. How true understanding comes only with mathematically maturity and that can be achieved only through hard work and time. Of the 20 or so students that had signed up for the class, I think two bailed out after that talk. His point was that the subject was hard; he wasn't going to water it down (by doing something like throwing a graphics or scientific calculator at us); and we were going to have to work hard to make it through. Turns out that he was right. It was hard; I did spend hours on calculus homework countless times throughout the year; and I think I learned more in that class than in any other class I've ever taken. I learned more than just calculus. I learned how to learn math, and I built on that knowledge throughout my college career, earning degrees in mathematics and operations research along the way. I guess my point is don't go into math hoping it'll be easy and give up when you find out it's not. Face facts up front and take on the challenge of conquering the subject. You'll be much better off in the long run. 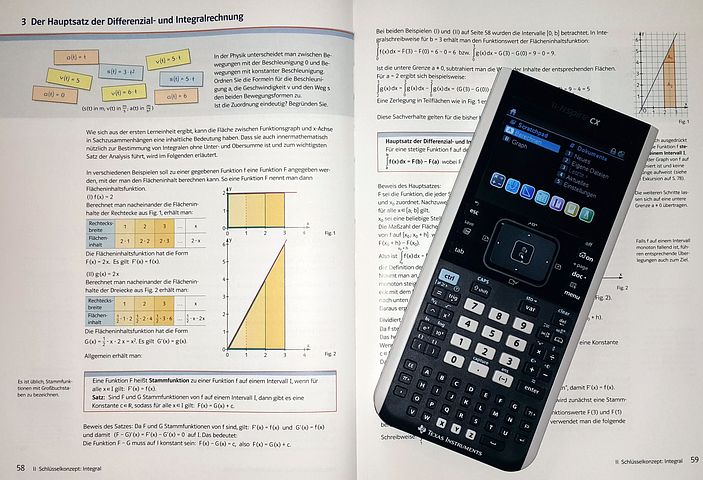 Here's one that I'd be willing to bet 90+% of math students don't do. Read the text book. I have yet to tutor someone that has answered, "Yes" when I asked them, "Do you read the text book?" Not reading the text book is a common theme, along with addiction to calculators, that I've seen over and over with math students who are having trouble. I often think that the trees that are destroyed each year to print math text books for students in the US would be better used to make toothpicks for all the Uncle Marvins to help them pass the time void from 'just-after-dinner' to 'desert-is-served.' All those Uncle Marvins with sticky teeth could visit toothpickin' heaven once each day without having to worry from where tomorrow's toothpick would come!

There's actually some good stuff in those math text books. And believe it or not, the text is there to help the student understand the material. When you read the text book, make sure you have a pencil and a blank piece of notebook paper with you. You'll need the pencil and paper to fill in the details when you get to those spots where the author decides that an equation or result "follows from applying basic arithmetic." Following everything the author does is important in understanding the material. Sometimes the author will include a couple of problems to work at the end of an important explanation. Those problems are there so that you can determine if you understand the concept or not. You should work those problems before continuing with the reading. If you can't work them, then you need to reread some of material to increase your understanding of the concept, and you shouldn't continue reading until you can work the problems. Remember, math has a habit of building upon itself. The fact that the author has taken the time to insert some problems to test your understanding of the concept, usually means that he or she is about to extend the concept further.

If a problem or concept ever looks too overwhelming, try breaking it down into parts, and tackle the different parts one at a time. Math is usually very amenable to the divide and conquer approach. Sometimes how to divide the problem may not be clear, but keep trying, and you will probably find a way. You may have to break down only the beginning of the problem just to get you started. Once you've successfully broken down the problem, address each part in succession. This should help to alleviate any anxiety that may have occurred when looking at the entire problem as one. With less anxiety will come greater thinking ability.

7. Learn from your mistakes.

One of the most important things you can do is to learn why you missed a problem and learn how to do the problem correctly the next time. When you get a graded test or homework back, you should sit down as soon as possible, figure out what you missed, what's wrong with what you did, and how to do it correctly.

I've said this before, and this won't be the last time; mathematics builds upon itself. Many concepts in math are just extensions or variations of other concepts. If you learn the initial concept, then the extension will be much easier for you to learn. If you miss something on a test, and next month your teacher introduces something that is an extension of the concept you missed, the hole you're in just gets deeper!

8. Don't be afraid to risk venturing in the wrong direction.

The correct approach for solving a math problem doesn't always jump right out at you. Sometimes there may be more than one approach that seems reasonable at the outset. At times, the best approach to solving a math problem is to try something that makes sense, and see where it takes you. If you happen to be proceeding in the wrong direction, it will become obvious to you at some point. Don't get me wrong; I'm not advocating guessing here. I'm advocating not being afraid to try things that make sense if you're not sure what to do rather than not trying at all. You'll learn things during the process. It might be that you'll learn what doesn't work. But remember, that's part of the process of understanding; knowing why a certain approach to solving a problem doesn't work. If what you try doesn't work, then you try something else. The more problems you work through, the more efficient you'll become at determining how to proceed with a problem when you get stuck.

Take proofs in geometry. You're ask to prove a theorem or a corollary to a theorem. Many times you just have to make an educated guess how to proceed when you get to certain points of the proof. How do you think the authors of the theorems and corollarys developed the proofs in the first place! They didn't have a text book to which they could refer to give them hints along the way. They were breaking new ground. They had to do some trial and error before the right approach became to clear to them. That's just part of math, but the more you work at it, the better you'll become and the easier things will seem.